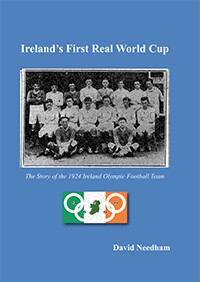 This book is a must read for any Republic of Ireland football fan.

A story that recounts the exploits of the first Irish soccer team to represent their country in the final stages of an international competition. This is not Euro '88 as you might expect but rather the 1924 Olympic Football Tournament in Paris.

Although the tournament is recognised by FIFA as a football world championship, today the story of the tournament and Ireland’s participation in it have largely been forgotten, by Irish football and Olympic historians alike. However the Boys in Blue (not green) did remarkably well and they paved the way for future generations of Irish footballers and Olympians. They were the ones who truly put Irish soccer on the international map.